Note: at present time only Aleksandra Telka-Budka artworks are exhibited.

Common life, common journeys to distant places at the end of the world and those deep into their own souls, to the world of their very own, where their works originate. Art is always indivi- dual, although incidentally there are some collective works. In this case however, Aleksandra and Józef Budka are two separate artistic individuals on their unique paths, and each of them seeks something different and finds something else, although they are linked by their graphics, but also by the different faces of arts.

Aleksandra uses the technique of intaglio printing and creates fairytale-like surreal etchings etched heavily, where a vibrating line wraps and entangles, creating forms that seem familiar, but their nature is distant from this world. Landscapes, gates, spaces, buildings and unknown cities resemble places we know something about, but we look at them as distant beings in another, created world, where the vibrating air breaks them down into smaller particles. We do not know if they are in the process of forming or already transforming into something immaterial, only symbols and signs remain on the road and the rest is moving, climbing up and down or spilling endlessly. There is some kind of uncertainty in shape and the movement of unknown winds over something solid, but no eternal.

Józef likes chiaroscuro and describes his sky through halftones and colours, and with his lithography, drawings and paintings he leads us to a more cheerful world. His world is characterized by the beauty of form and harmony of compositions, here also unusual things happen, but more famous ones, known. From characters, landscapes, objects, to calligraphic signs and Chinese seals with which
the old works were marked instead of signatures, to finally revive the manuscripts, where the archaeological method seeks the Truth about the past as if not believing the conceited present. 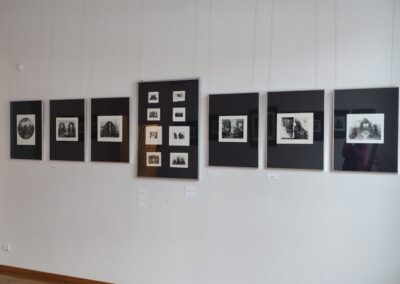 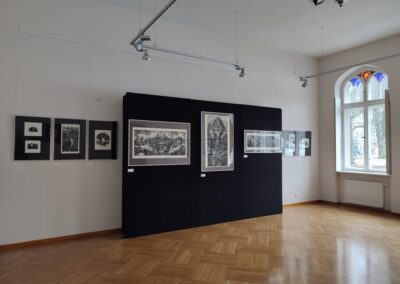 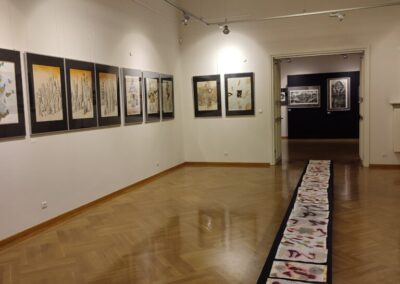 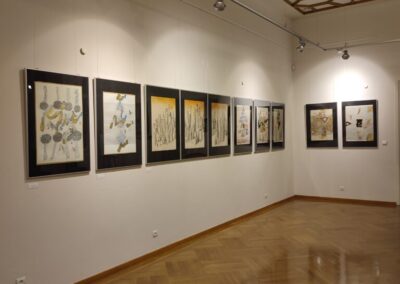 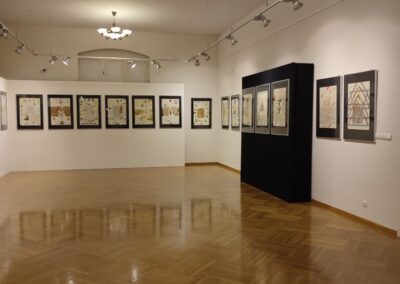 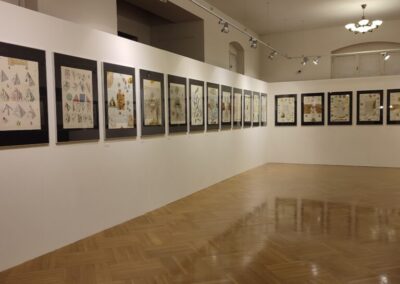 Born in 1953 in Czechowice-Dziedzice. Graduate of the Academy of Fine Arts in Krakow, Faculty of Graphics in Katowice. Obtained his diploma with distinction in 1978. Since then he has been working at his home institution. He is professor of the Academy of Fine Arts in Katowice and Head of the Planographic Print (Lithography) Studio. Printmaker, draftsman and painter. In 1993 he was awarded the Gold Cross of Merit for his art. 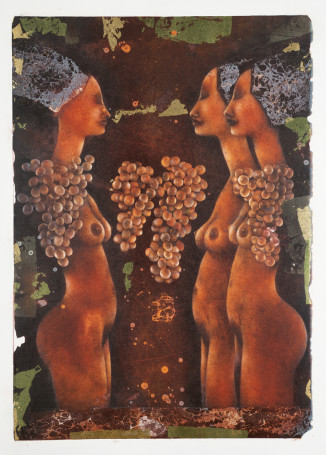 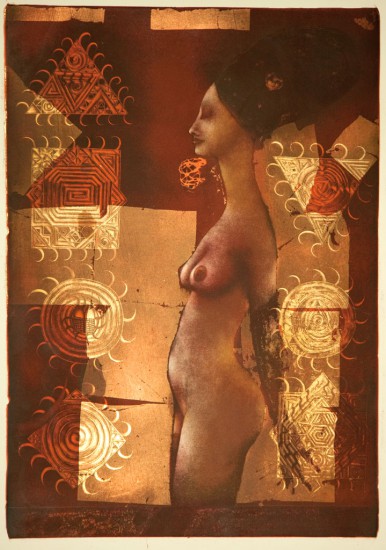 Studied at the Academy of Fine Arts in Krakow, Faculty of Graphics in Katowice during the years 1976-1981. Obtained her diploma in Graphic Design with distinction in 1981. She is a multidisciplinary Artist specializing in etching and book illustrations. Took part in various printmaking contests around the World, her work was presented in numerous individual and group exhibitions in Poland, Germany, Finland, United Kingdom, Japan, Spain, Portugal, France, USA and Taiwan. 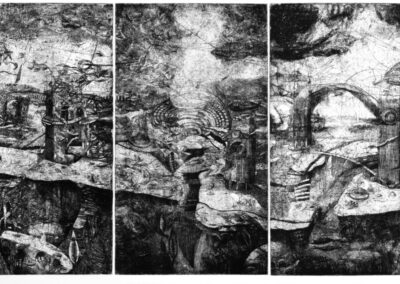 The Polish Print Triennial is the oldest and most prestigious review of contemporary Polish printmaking, whose ambition is to identify the most interesting artistic attitudes and tendencies within this discipline and the search for new ideas to broaden its scope.

The Polish Print Triennial is a cyclical artistic event organised in 1991-2012 by the BWA Gallery of Contemporary Art in Katowice, and since 2015 by the Academy of Fine Arts in Katowice. The Triennial has a nationwide scope and is combined with a competition. The jury awards five main prizes.