Artur Strąk „Angels of jazz – Behind the scenes”

Artur Strąk is a festival photographer who has been taking photos of Jazz since 2008 due to Bielska Zadymka Jazzowa: “My pictures are not only about the musicians, but also about the atmosphere around the festival, i.e. the backstage, the festival audience and everything that may seem interesting but is inaccessible to the viewer. The best summary of what I want to show in the photos in the “Behind the Scenes” project are the words of a filmmaker Robert Bresson: “When photographing, try to show what, without you, no one would see.” Over ten years a lot of photos have been collected. Some of them can be found in the publication “20 years of Bielska Zadymka Jazzowa” and at accompanying exhibitions. There are many more good photographs which did not fit into the album formula and it is some of them that I would like to present to you. The title of the exhibition refers to the “Behind the Scenes” exhibition and to the fact that many of the photographed artists were guests of the Bielska Zadymka Jazzowa, where the main prize is the Angel of Jazz statuette. 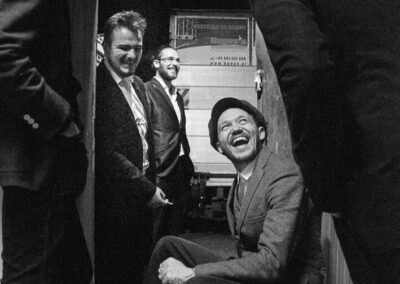 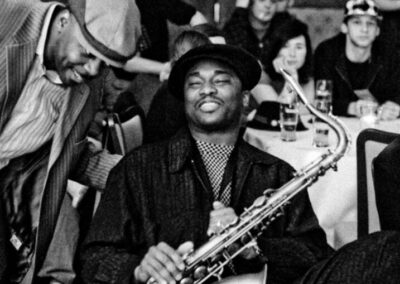 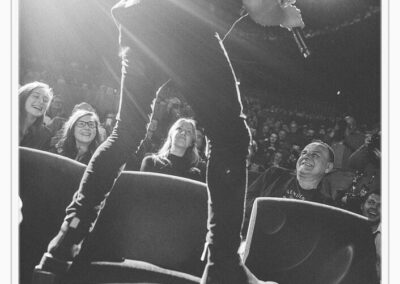 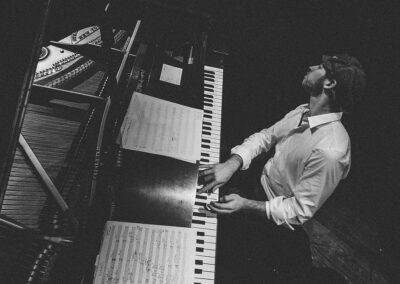 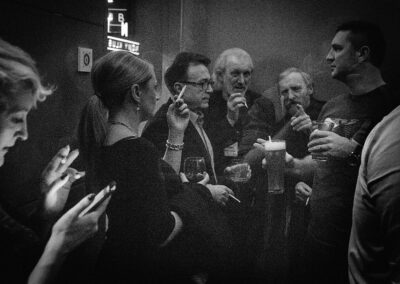 Photography fills my whole life, it often decides what I do and what I don’t do. It has accompanied me since childhood. Everyone from my generation went through a similar path. I had a Zenit at home, which I used to learn photography. Today I run workshops with a friend and teach others how to take photographs.

Other photographic projects:
Dance. State of mind is a photography project that consists of photos of different aspects of dance, from taking your first steps, through workshops, to performing on really big stages. In between, there is a lot of space for everything that dance is and what you can’t see: hard work, rest, emotions, laughter and tears, what the people I photograph live and think about. The project lived to see its first iteration in the form of an exhibition at the International Festival of Court Dance in Kraków in 2017. It is still developing and I hope to be able to present its further results.