Exhibition within the Spring ASPirations cycle

The exhibition presents paintings and sketches of Prof. Antoni Cygan, including works from the cycle “The Way of the Cross”, which have not been shown before, and which are intended for the chapel at the Silesian Theological Seminary. Prof. Cygan specialises in sacral themes, as he explained in an interview for the Kultura.wiara.pl portal: It is important what you want to convey through your work. For me, the Bible is a source of timeless and imperishable truths. It is a story about creation, birth and death, about crime, betrayal, hope, salvation, hatred and love. For me and not only for me, a painter, it is an endless book of images. Painting that draws on religious motifs speaks of issues that never lose their relevance, regardless of the times we live in and who views our paintings. The fact that my paintings are illustrative is only a form in which I dress ideas, metaphors and mysteries. 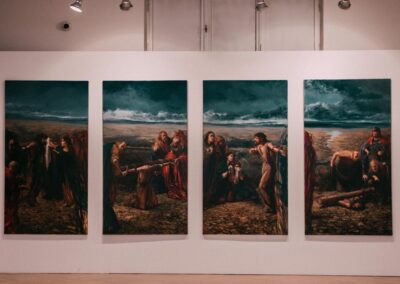 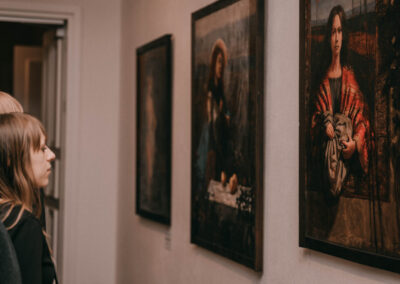 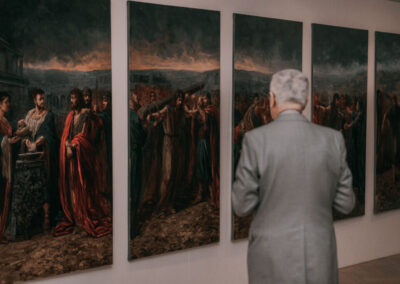 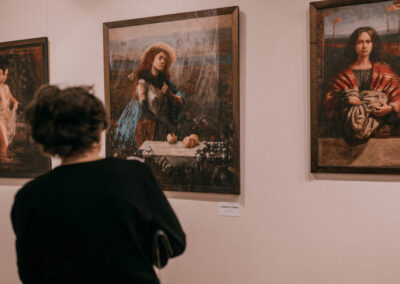 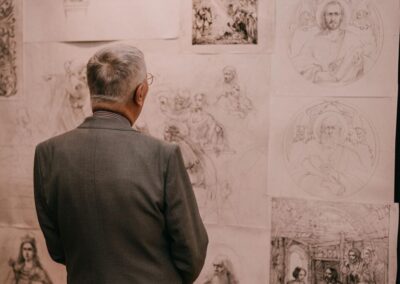 Born in 1964 in Zabrze. Studied at the Faculty of Graphic Art in Katowice branch of the Jan Matejko Academy of Fine Arts in Cracow. Obtained a diploma in 1988 in the Graphic Design Studio of Prof. Tomasz Jura and in the Painting Studio of Prof. Andrzej S. Kowalski. Since 1992, he has been working at his alma mater, currently running the Drawing Studio for students from years II-V. In 2003, he was awarded a postdoctoral degree, and in 2011 – the title of professor. Elected Rector of the University for the terms of office of 2012-2016, and 2016-2020. He is the author of several solo exhibitions, among others in Zabrze, Katowice, Gliwice, Lyon, Helsinki, London, Opava. He has taken part in many group exhibitions at home and abroad. Antoni Cygan has realised four cycles of the Stations of the Cross in churches in Zabrze, Gliwice, Lichen and in Suzuka, Japan. Among others, he designed the interiors of St. Paul the Apostle Church in Zabrze (2004-2015), St. Urban Church in Paniówki (2008-2010), the chapel of the House of Retired Priests in Katowice (2009-2010), the chapel in the Higher Silesian Seminary in Katowice and the sacristy in the Cathedral of Christ the King in Katowice. He is also the author of paintings for the following churches: Holy Cross in Gliwice, St. Michael in Lviv, St. Urban in Paniówki, St. Maximilian in Orzesze, St. Paul in Zabrze, the chapel in the Higher Silesian Seminary (the Stations of the Cross presented at the exhibition are precisely for this chapel) and the Cathedral in Katowice.