Author of the photographs: Krzysztof Miller

The project was co-financed by the Self-Government of the Śląskie Voivodeship.

On 16 October, the Centre’s ninth calendar was presented to you. Like the previous one, it is devoted to the theme of the Silesian Uprising, but it honours all three of them. In keeping with tradition, the calendar is accompanied by an exhibition which includes a number of additional archival photographs, as well as a connoisseur’s limited Portfolio. This year’s project is called “Metamorphoses 2022. On the centenary of the Silesian Uprisings”, and its author is Krzysztof Miller. The well-known photographer, grandson of a Silesian insurgent, approached the subject in a very personal, and therefore emotional, way. Avoiding pathos, he showed, above all, people, thus creating – as he said himself: ” A kind of private story about the uprisings”. This story consists of photographs of insurgent units, letters, heroes of this correspondence, original photos of places connected with the uprising fights (St. Anne’s Mountain), situations, where an ominous shadow is cast by the silhouettes of shooting soldiers, and finally, mementoes of those who passed away The calendar includes additional pages with the insurgents’ oath and the words of a popular insurgent song. (It is worth noting that its preparation was quite a challenge for the Digitalalbum printing house from Mielec!) Thus, “Metamorphoses 2022” became a well thought-out story with its own chronology and a well-concluded ending.

This is a very special calendar. Work on it started practically as early as January, because we wanted to avoid routine and complacency,” said Director Stanisław Zając during the opening. He also emphasised Krzysztof Miller’s endeavour to make use of the family experience of the uprising (drawing on the family archive) and, above all, to stir the emotions of the recipients. 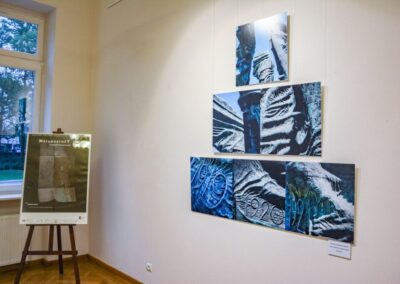 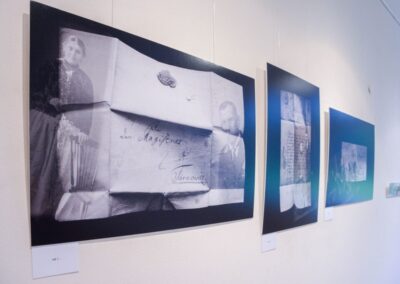 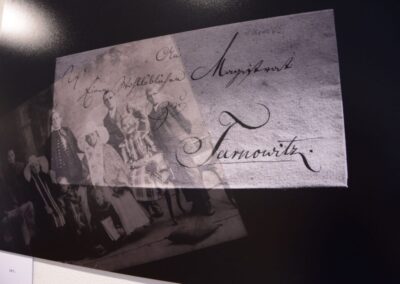 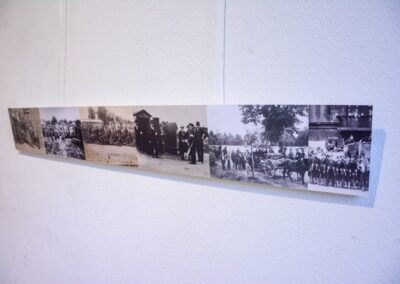 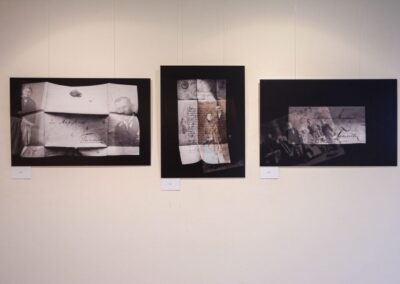