Rafał Stępniak “On the edge of abstraction”

From the perspective of the beginning of the third decade of the 21st century, one can more fully discern the dominant artistic phenomena that took place in 20th century art. Abstraction is one of them, showing dynamism and steady development as well as intellectual appeal. The established abstractionists of the past century approached the problem of form and its importance in the realisation of the work with care and responsibility. For several generations of artists, form became a point of reference, an object of analysis and persistent inquiry. In 1995, an exhibition with the telling title Facing Space took place in the halls of the Częstochowa Town Hall. As its initiator and curator, I invited a number of interesting artists from various artistic circles in Poland to participate. The exhibition was an interdisciplinary presentation, abundant in surprising and original creations, among which one could see the works of Rafał Stępniak. At the exhibition, the artist presented three large oil paintings maintained in monochromatic colour relationships, oscillating around blues and greys, among which shone patches of pure yellows, oranges and reds. The paintings appeared as realisations between figuration and abstraction. The peculiar understatement of form built the possibility of a diverse interpretation of the work. Twenty-seven years have passed since then. Recently, I was able to see Rafał Stępniak’s paintings created in the last six years. The paintings impress with the suggestiveness of their form and the richness of their colour combinations. The artist consciously restricts the colour range to selected colour arrangements and, as in the 1990s, blues and greys dominate, with sophisticated accents of opposite colours. I cannot help feeling that the painter is painting with great determination and freedom a single monumental image, consisting of dozens or even hundreds of his various configurations, compositional, colour and structural. The ductus of the tool, spatula or brush used, with the suggestiveness and virtuosity of painterly craftsmanship, accentuates a form that seems to fit into an idea or perhaps even an interpretation of an observed phenomenon or landscape. At other times, the painter focuses the viewer’s attention on the object associations. These are not, however, concrete objects, but their distantly transposed form, building up a painterly sign – a figure – possibly human. With an intention known only to himself, the painter analyses, accentuates and isolates the essential elements of the message, confronting the viewer with an image that is difficult to name. The artist situates the viewer’s perception between the real and the imagined. Stępniak seeks the power of expression contained in form, concentrating his attention on colour, inscribed in the arrangement of the elements included in the author’s meaning. The elements of the ‘painterly language’ in their overwhelming power of visual impact have been purged of all descriptiveness in favour of a painterly space. The artist, building a specific space, inscribes into it highly simplified pictorial elements, which in the last period take the form of sharp forms of the painter’ s imagery. Attention is also drawn to paintings in which black appears, most often as a background for varied compositional arrangements. Used skilfully, it enhances the experience of the inner structure of the work. The painter’s freedom in the use of colour, light, variety of forms and compositional arrangements allows us to think of this painting with the seriousness and respect the artist deserves.

Studied at the Institute of Artistic Education of the Długosz Academy in Częstochowa, where he obtained a diploma in painting with honours. Painting in the studio of Professor Wincenty Maszkowski and Professor Leon Maciej. He works in painting, drawing and has returned to sculpture. He is an educator, teaching about art at the H. Sienkiewicz Secondary School No. 4. A cultural animator, he has organised a number of open-air workshops all over Poland. He has taken part in over 130 nationwide and community collective exhibitions. He has organised nearly 30 individual exhibitions at home and abroad. In 2015, an exhibition celebrating the 35th anniversary of the artist’s creative work was organised at the Częstochowa Museum. Rafal Stępniak was the recipient of a scholarship from the French Foundation.
Source: art.info.pl 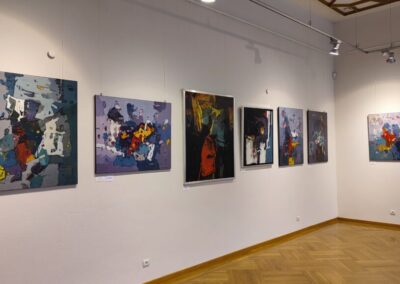 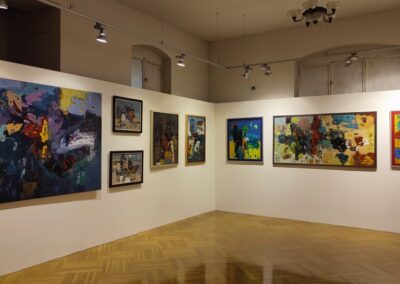 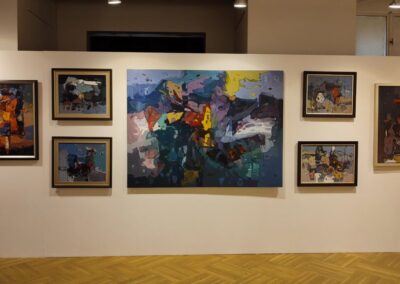 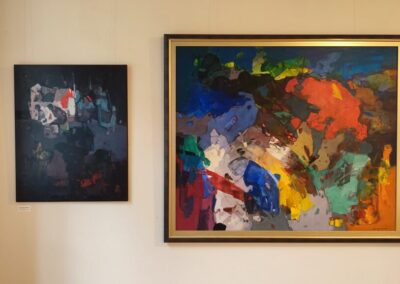 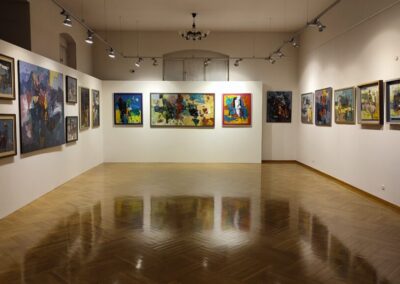